Tiny House Zoning Regulations: All You Need to Know

Since the tiny home movement which originated in the United States started, tiny houses have been thriving. They seem to be everywhere nowadays all thanks to the great recession of 2008. However, despite this surge in the popularity of tiny homes, tiny house dwellers have not been having an easy time securing permits to build their homes and live inside it permanently. There are a lot of zonal regulations and building codes to adhere to. And this constitutes one of the significant discouragements to new tiny homeowners when they first start.

This is why we have brought you a breakdown of the states that accommodates tiny houses in America. We also added valuable information of all that you need to know about the zonal regulations and codes of each of these states so you can build the tiny home of your dreams.

There are two types of tiny houses, and they are explained below. 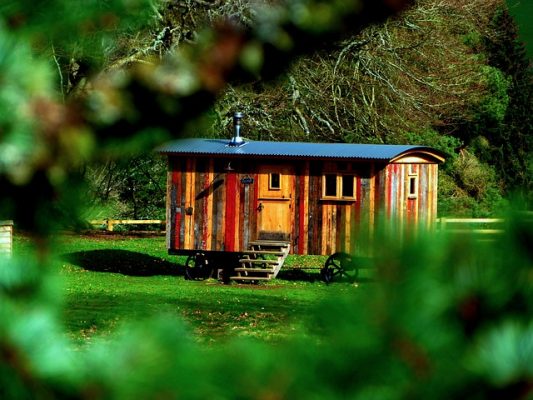 Also known by the legal term ?recreational vehicle” (RV). You can easily construct this type of home yourself. They can also be transported from one place to the other since they don’t have a foundation. After building, you’ll need to register the home and then look for a space in which you can park it. But this shouldn’t be a problem as there are many campsites all around. Besides, you could use the backyard of a friend’s house.

The downside with this unit is that most states do not support permanent residency in an RV, except, of course, if the RV is in a designated RV park. But these laws are seldom enforced so you may get away with a breach. Typically, zoning and building codes do not concern owners of RV units, especially if they mean to travel the world with it.

This kind of houses is also known as an accessory dwelling unit (ADU) in the legal term. It is a kind of tiny home that is built directly on land and has a foundation. They come in the small structure of cottages and granny flats.

Building this kind of tiny house involves more complexities than RV homes. The only available option when planning to build an accessory dwelling unit is perhaps to build it at the backyard of a home that is already in existence. This is due to the regulations that ban people from buying land to build a tiny home. Even so, only a few states can tolerate single ADUs and small house communities.

Both zoning and building codes are meant to regulate and govern the construction of tiny homes. While building codes are concerned entirely with the physical building itself, zoning is adopted by cities, boroughs, and townships to oversee how the house is used and how that influences the surrounding community.

As such, zoning regulations differ depending on the particular town or state. Even so, most cities and towns require no less than 1, 000 square feet if you’re building a new home on land. You may, however, want to call your local zoning to find out the exact required square footage.

On the other hand, Building codes have multiple chapters, each of which addresses the lowest acceptable quality or safety levels for every part of a building. America has chosen to adopt the International Residential Code (IRC). According to this code, one- and two-family houses, with size specifications, must not be less than 70 square feet. Also, the ceiling must be at least 7 feet tall.

Despite local zoning ordinances and regulations, one can still seek permission to build a house that doesn’t comply with the zonal regulations. Some appeal processes are in place to cater for unusual conditions and odd requests.

Finding a city for a tiny house may not be as easy as you think, but here are a few states with progressive construction codes that give room for tiny house designs.

Florida is home to many tiny home parks and hotels. The state shows support to the small house movement. Therefore, it boasts of having some of the most progressive house zoning regulations in the whole United States. Though no town has agreed to approve the home-style just yet, there’s a big possibility that they will soon.

California is one of the tiny house friendly states in the United States. The city is quite famous for the nomads who live in their vehicles, though this is not legal. California is generally known to support small house projects even though specifics may differ from one county to the other.

Counties like Contra Costa, Mendocino, Lake, Sonoma, Napa, and Sacramento support tiny houses on wheels; in fact, they are allowed as ?caregiver dwellings ?in the backyard of an individual that needs help. Not so long ago, Fresno approved RVs making the city the first in the country to endorse tiny houses on wheels in residential areas

New York seem to be accepting small home designs gradually. It has adjusted its zoning restrictions and allowed home builders to construct apartments that are below 400 square feet. Though you’ll find tiny cabins almost in all parts of rural areas, no county has legally accepted the style.

Residents of Nantucket are advocating for an amendment of the town’s zonal ordinances to accommodate tiny houses. If everything goes well, Nantucket will become the first community in Massachusetts to allow tiny buildings. Still, there a quite some RV dwellings in the state.

Some places in Colorado have made it easier for people to build tiny houses. Walsenburg, for example, has not only abandoned the minimum square footage regulations but has also brought the requirement for exit door width down. Park County too has a more accommodating tiny house code.

Michigan has effected a unique project to constructs tiny residences for low-income residents. The state has also adapted their zoning ordinances to be more tiny house-friendly. Advocates are working hard to legalize ADU dwellings, especially in residential areas

Having declared itself the tiny house capital of the country, Texas is increasingly being populated by small homes. However, tiny home dwellers are expected to turn in their designs for approval. They must also agree to connect to water supply, electric grid, and sewage system. Breckenridge, allow tiny houses that are on permanent foundations with a minimum of 320 square feet while Austin supports tiny dwellings of any size as far as they’re on foundations.

Tiny houses only get more popular by the day in Oregon. Portland accepts it openly. In Portland, homes are allowed to host one tiny house or even a tiny house community. The state also hosts the famous tiny house hotel.

What is the future of Tiny Houses?

Lots of changes are being made locally as far as tiny home is concerned. In the same vein, tiny house advocates are also clamoring, at the national level, for new tiny house codes to be added to the country’s building code. This new code will serve as a template which other tiny house projects will follow. With this in place, it shouldn’t be long before you can start bringing your tiny home dreams to fruition.